The Alpha Wolf Series is a work of paranormal fiction that is centered around a group of paranormal beings who are either trying to find acceptance among their people, peace from their tormented thoughts, or trying to cope with the murders they had committed in the past.  There is magick, history, horror, love and betrayal.

For months, socially withdrawn Dr. Brent Carson has been reading about women being abducted throughout the city, the most recent article revealing how all of them may have been practitioners of witchcraft. Out of curiosity, Brent decides to personally investigate what is going on, but is distracted when four friends move to the city, all of whom he knows to be werewolves – except for Angela Dane, who is only half.

Angela is an energetic, talented and very spirited girl. She is extremely close and loyal to her friends, but the first moment Brent sees Angela, there is something about her he finds disturbing. He cannot understand why, but his first reaction towards her is one of hatred, inexplicably feeling as if she shouldn’t even be alive. That night, Angela is attacked by a psychotic demon, one who has been stealing paranormal beings for centuries and taking them to hell for his personal version of trafficking. The demon almost claims her as his newest prize, only to have his interests quickly switch to Brent the moment he learns of his true identity. 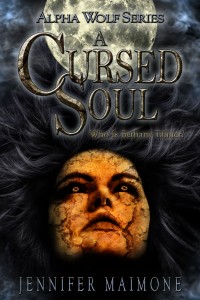 Synopsis to be released soon!